This article provides an explanation of OS Units, a set of usage elements incurred by a Server as a result of its specific Operating System.

OS Units are usage elements incurred by a Cloud Server for a subset of Operating Systems. They are separate and distinct from the Software Units described in Introduction to Cloud ("Priced") Software but the concept works in a similar manner.

What Does OS Unit Usage Mean to Me?

CloudControl calculates OS Units usage for all organizations. However, there is not always a charge for such usage. Review your rate card to identify if OS Units are chargeable under your rate plan.

Each OS Units Group is defined to use one of three methodologies:

* Note that the data shown in the examples may not be representative of the OS Unit Groups and methodologies currently in place. For accurate information please follow the directions in the Identifying the OS Unit Methodology and Rate for a Given Operating System section below.

Each OS Units Usage element is mapped to an OS Units Group and depending on the OS Type, may or may not generate Usage when a Virtual Server is deployed with that OS type.

As of 30 Jun 2020, the table below identifies which Operating Systems generate usage and identifies the OS Units Usage Element associated with each OS Units Group. Again, for the most accurate information please follow the directions in the Identifying the OS Unit Methodology and Rate for a Given Operating System section below. 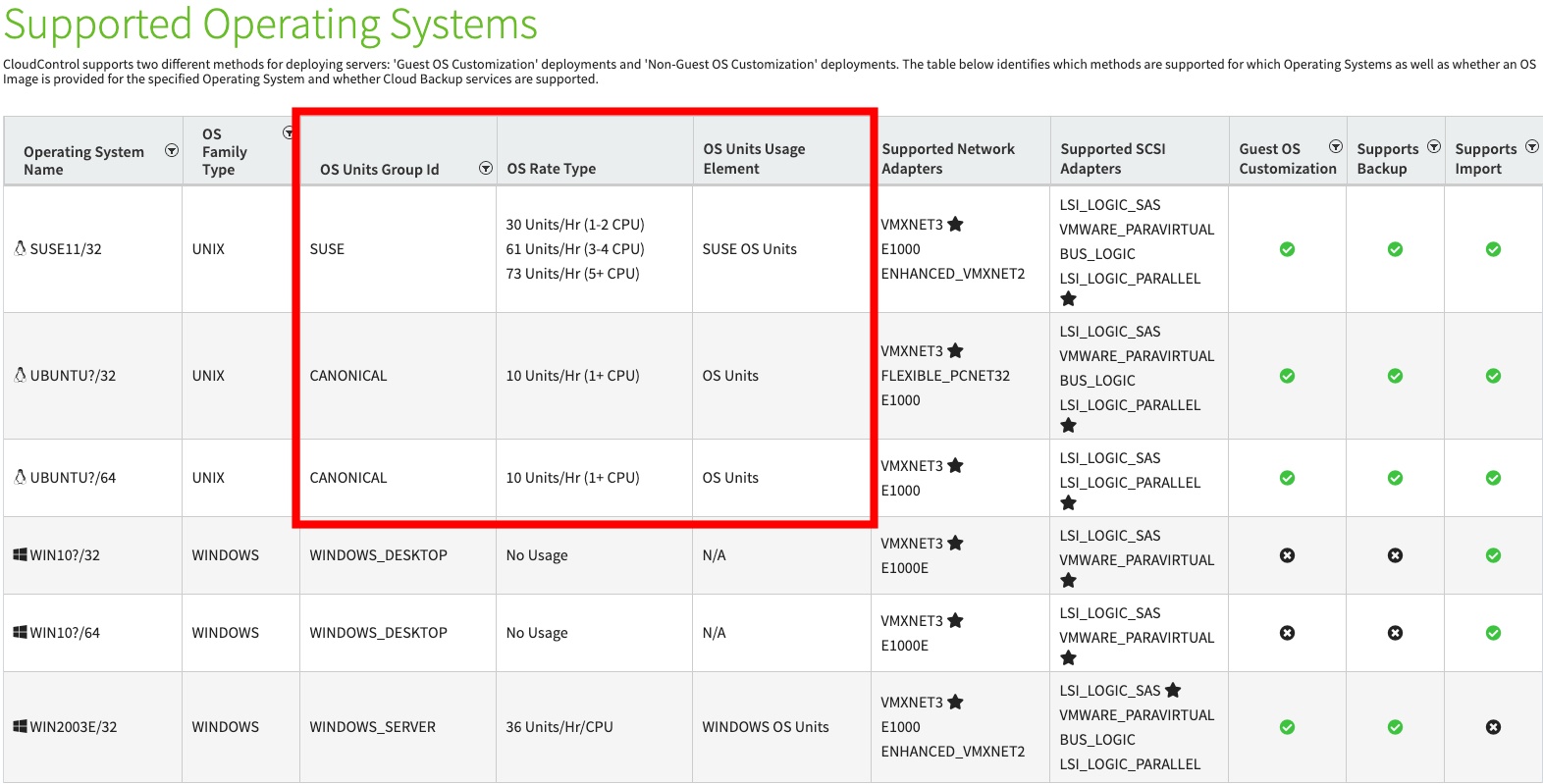 Visibility on Servers and Server Deployment

Before deploying a Cloud Server, the UI will identify the OS Units that will be incurred given the Cloud Server's Operating System, associated OS Units Group, and proposed CPU configuration:

Note: Hovering your mouse over the information icon

OS Units usage is surfaced in two ways on Reports: