Introduction to Detached VLAN Use Cases

This article serves as an overview of Detached VLANs, including what they are, and how they are designed to be used

Clustering and other Database scenarios often require "heartbeat" connectivity where servers communicate to identify whether the other members of the cluster are "active" or not. By deploying a Detached VLAN and using it for the NIC's on each cluster member to communicate with each other, you can avoid unnecessary network connectivity and potential security issues, and the Cluster can better identify a node failure. 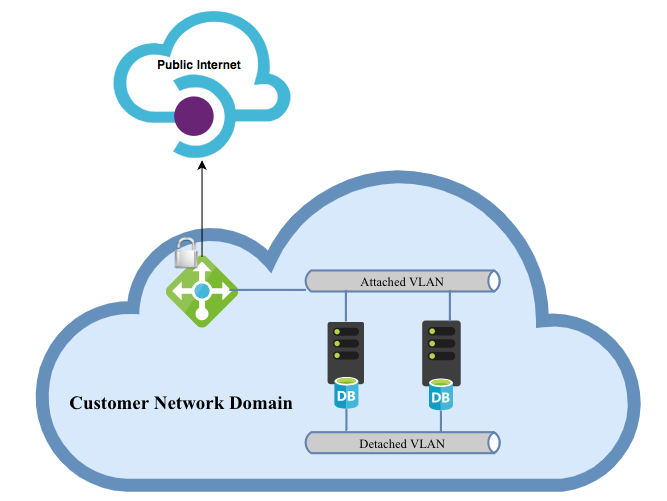 If you want to deploy a Cloud Server that will act as an intermediary device between other Cloud Servers and the public Internet or CPNC connection, you can use a Detached VLAN to "force" traffic to route through the intermediary Cloud Server. There are a variety of use cases where this might be useful, including IP Masquerade, Virtual Firewall, or Network Intrusion. 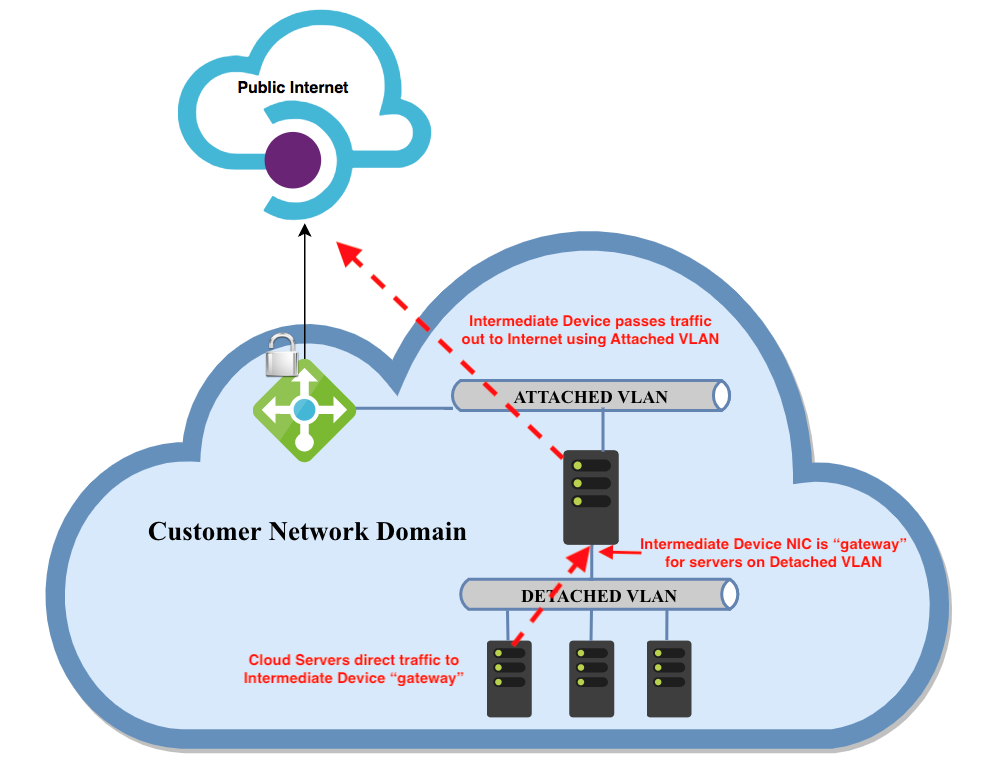 To support this type of scenario, the Detached VLAN allows you to define the IPv4 and IPv6 Gateway addresses used on Cloud Servers when they are deployed using Guest OS Customization as described in How to Deploy a Cloud Server from a Guest OS Customization Image. When using this deployment method, the Primary NIC of such Cloud Servers will automatically be configured to direct traffic to your Intermediate device. You can manage this Detached VLAN gateway address configuration as described in How to View, Edit, Detach, Attach or Delete a VLAN on a Cloud Network Domain.

Because Detached VLANs bypass the Network Domain's routing and networking capabilities, users will often need to use Static Routes in conjunction with Detached VLANs. For example, if a user wanted to combine both the use cases above and wanted the resulting database cluster to be able to communicate with the Cloud Servers sitting behind the intermediate device, a user might need to define a static route such that traffic destined for the Cloud Servers located on the Detached VLAN can be received by the intermediate device and routed to those Servers.

In the example below, the "VNF Firewall" is an intermediate device protecting the Cloud Servers on the Detached VLAN with a 10.10.10.0/24 IPv4 range. In order to allow the database servers to communicate with those Cloud Servers, a static route is established so that traffic destined to 10.10.10.0/24 range is routed to the VNF Firewall's IP address on the Attached VLAN. Presumably, the VNF would then be configured to accept the traffic and route it to the Cloud Servers which are "detached" from the rest of the Network Domain. 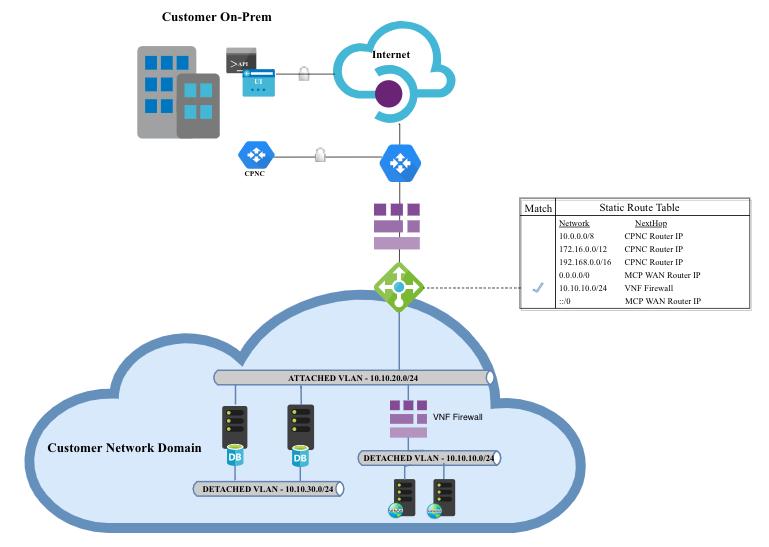